Thursday I headed out on a road trip to Anaheim, California to attend the premiere of Disney’s new water/light show: World of Color! I have so much to tell you that it would be nearly impossible to fit into one single post, so this will be a 3 part series, beginning with the the celebrity “blue” carpet!

The event began at 6 pm on Friday as a star studded list of attendees dawned the blue carpet including Jamie Lee Curtis, John Stamos, Terri Hatcher, Vanessa Hudgens, Gena Davis, Peter Facinelli, Bob Iger Jason Segal (I heart him) and many more! Many stopped and talked with all of us and I took some amazing shots…over 600 to be exact. 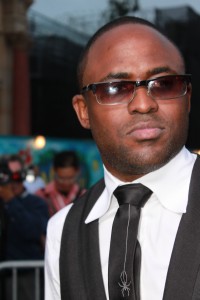 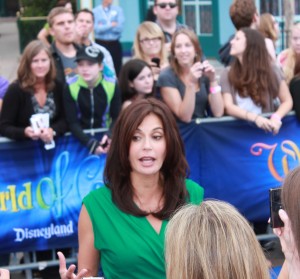 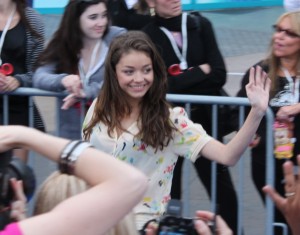 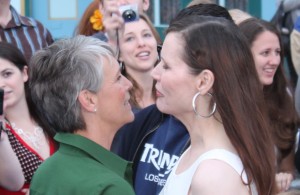 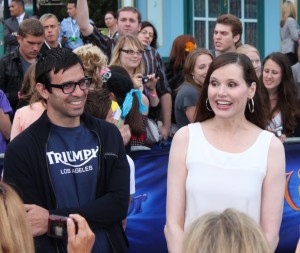 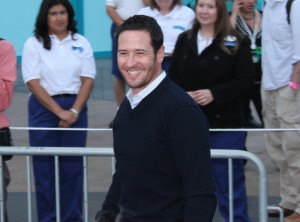 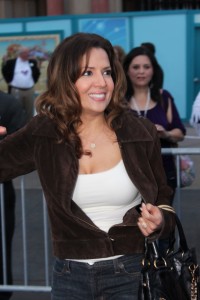 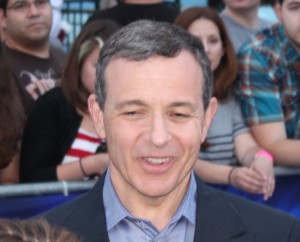 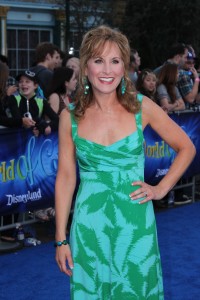 I felt fortunate to be with an amazing group of bloggers including Lauren from Supermom Central, Caryn from Rockin’ Mama, Glennia from A Silent I, Julie from Angry Julie Monday, Silvia from Mama Latina Tips, Liz from Disneylandia al dia & Thoughts of a Mommy, Linda from Peach Head, Mel at A Dramatic Mommy, Anna from Spanglish Baby , Marsha from Sweatpants Mom and more.

Once the celebs had made their way down the blue carpet, we took our places at Paradise Bay as Disney CEO, Bob Iger introduced the show along with everyone’s favorite mouse! As the 25 minute show began, a world of color came to life right before our eyes as Paradise Bay was transformed into a colorful symphony incorporating water, lights, projected images and even fire!

The show was simply amazing…breathtaking….stunning…I had goosebumps everywhere!. Here’s a video I took on premiere night:

The World of Color Premiere kicks off the beginning of the parks five year expansion and will be followed by The Little Mermaid Attraction in 2011, Cars Land in 2012 and the all new Disney Dream Cruise ship arriving in to Southern California next year!

Disney’s World of Color Premiere is open now!  Watch for upcoming posts on how to score the best deals AND the best seat for the show!