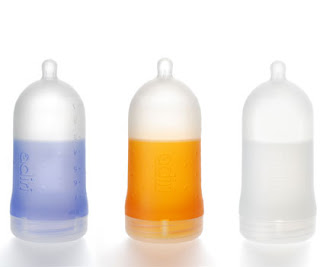 All mom’s have a saving grace and I want to share mine with you:

My first daughter refused to breast feed and I forced her to do so, through agony and tears for six months…When my second daughter arrived, she was the complete opposite…wanted nothing to do with a bottle and only wanted mom. However, I was so sure that the second experience would be just like the first that I let everyone in the hospital know that my daughter was not to be given a pacifier or a bottle….I even told my OBGYN. that I would write a big sign on my forehead with a sharpie, that read “No Pacifiers/No Bottles, And Yes I Bite”! Although she probably got a good laugh out of it, I was dead serious and was adamant that my daughter not receive anything other than me! Everything thankfully worked out for the best and I didn’t have to bestow my rage on any of the kind nurses on the labor and delivery floor!

I strictly fed my little one breast milk for the first 2 months and then began to introduce a bottle, for the times that I needed to attend school or run an errand. She refused the first bottle I gave her, So I went out and purchased a different one, again refused! After the fifth try, I went to BabiesRus and loaded my cart with every single bottle that they carried…$150 later…..it was a no go! I remember thinking “Why hasn’t anyone made a bottle that looks like a breast?” Well somebody did, and thanks to Adiri, Lil’ Pea’s bottle drinking woe’s were short lived! a

Adiri’s Natural Nurser Bottles were the ONLY bottle our Lil’ Pea would take…it took a few tries, but soon, she latched on and would at least take enough of a bottle that I could leave her with my husband while I attended school. And let me just tell you that after weeks and weeks of agonizing colic, I was relieved that I could leave her or take a nap for a few hours at a time to take a rest and regroup myself, although I hated every minute of being away from her. Some mom’s may have to return to work shortly after their child’s birth and for various other reasons, it is only plausible to think that at some point another human being may have to feed our child and we unfortunately do not have detachable breasts that we can share with friends! 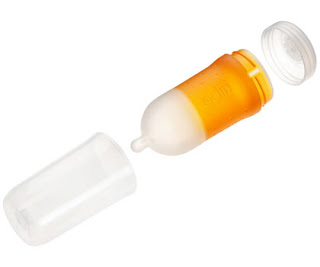 WIN IT!
Naturally, I contacted Adiri and let them know how happy I was with their bottles and thanked them for allowing me to catch a few hours of sleep 😉 I asked them if they would send me a few Natural Nurser bottles to share with my readers and they kindly accepted! I have 3 Adiri Natural Nurser’s to share with one of you! One lucky winner will win the following:

Just visit Adiri and tell me something I didn’t mention on this post! Please enter your main entry into the google document below. All extra entries will be submitted by leaving a comment on this post!

Extra Entries: Please leave a comment for each type of entry.

3. 2 Extra Entries: I just added an option to Follow My Blog…Become a follower of “Deal”ectible Mommies and gain 2 extra entries! You can Follow My Blog on my sidebar..hint: It’s at the very top!

4. Blog about this giveaway (please leave a link to the post)

5. I have a new poll on my sidebar…Take the poll and let me know if I need a blog makeover!

The boring stuff: Open to U.S.residents only. Giveaway will end on May 8th at midnight! Winner will be chosen using random.org.