Teen Beach Movie Review And Talk Of A Possible Sequel 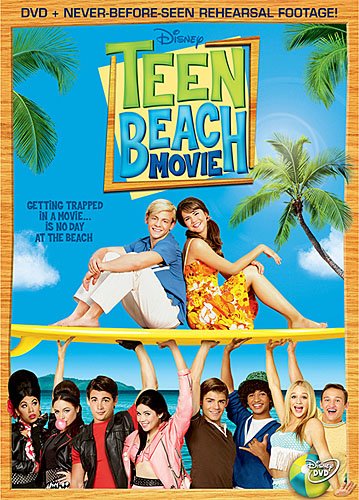 If you are looking for a great family fun movie then take a look at Teen Beach Movie.

It just premiered on Disney Channel to an audience of 8.4 million people and became the number one watched TV movie of 2013! Teen Beach Movie is a very fun musical and it was so popular that a sequel already being talked about if the right story comes along.

We are always looking for good, fun, family movies and Teen Beach Movie was a great choice. We have already watched it twice and I am sure I am going to hear those catchy songs many times over!

Teen Beach Movie tells the story of two teenage surfers Mack (Maia Mitchell) and her boyfriend Brady (Ross Lynch). In the classic tradition of the plot line that true love always has it’s challenges, the happy couple are about to be separated when Mack goes to boarding school. Things take an unexpected turn when somehow (just go with it) they catch one last wave which carries them into the 60s teen musical Wet Side Story. No not a typo I did mean Wet Side Story!

We always like behind the scenes features on DVDs and this one has some hear exclusive, Behind-The-Scenes Rehearsal Footage Of 7 Surf-Tastic Musical Numbers, Including The Never-Before-Seen “Coolest Cats In Town”. The free Surfboard Zipper Pull was also a nice extra feature that arrived with the DVD.

We were provided with a free copy of the Teen Beach Movie DVD. This post also contains affiliate links. As always our opinions are very much our own!