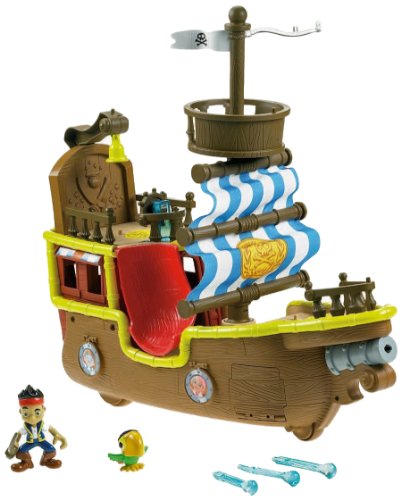 is of course based on the very popular Disney Channel television series Jake and the Neverland Pirates. Kids love toys which are from tv shows particularly ones which are so interactive! It is made by Fisher Price and we know that we can always trust the quality of the toys from this manufacturer. 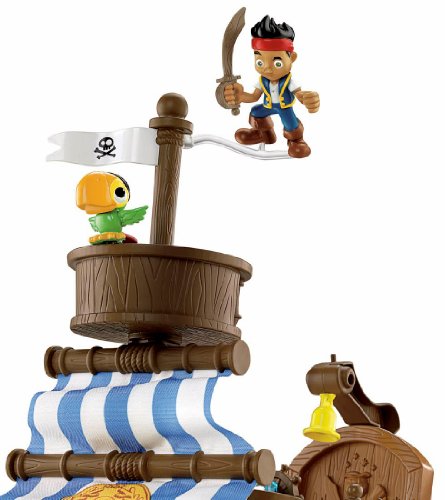 Your child can play with this pirate ship and act out scenes from the tv show. It is just great for imaginative play! To add to the realism of the pirate ship it even rocks from side to side just as it would on the high seas!

Included in the box are the Pirate ship, Jake and Skully figures, Tick Tock Croc, and three water-ball projectiles. 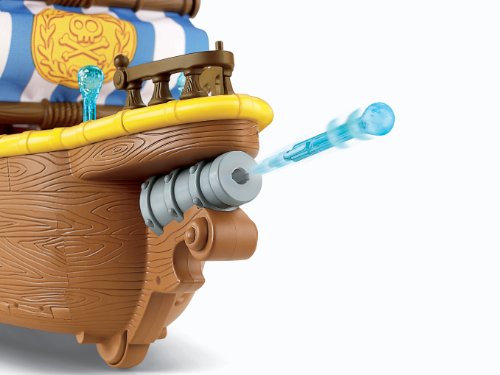 Of course these days the ability to connect online is a big plus for any toy. You can download a code on the box to your smartphone for more fun adventures with Jack and the Never Land Crew!

The suggested aged range for this toy is 36 months to 6 years.

One downside is that there is no volume control. The songs aren’t particularly loud but you do just need to be aware that you cannot adjust the volume!

. At around $35 to $40 this is a toy which is going to get a lot of use and provide many hours of imaginative play for your child.