Television Medical Claims – Have You Been Affected?

You are here: Home / Random Rants / Television Medical Claims – Have You Been Affected? 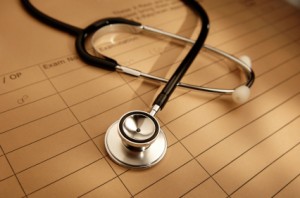 We cut cable in our house about 3 years ago for various reasons. The foremost being that we wanted to have complete control of what was being “sold” to our children. However, when we are on vacation I find myself flipping through the channels in an attempt to land on the Disney Channel or PBS so I can catch just a few moments of silence before heading off on our next adventure.

Within 5 minutes I have two little girls yelling “mommy, I want that”, whether it be some new Barbie, or even a “boy themed” toy that I’ve never heard of.  Then, in the background I heard it – “has your child suffered a heart related illness due to anti-depressants taken during pregnancy”?

It seems that medical solicitors are all over the television today (of course, this is news to me), but I must admit that my heart skipped a beat when I heard that message. I took a small dose of anti-depressants while pregnant with my first daughter, and after consulting with my OB at the time, the benefits outweighed the potential risks (which I was informed were very small). Now, my daughter has no health problems, nor does she have a heart issue, however hearing those claims all of these years later certainly makes you rethink the choices that you once made.

I am aware that people make claims that are not necessarily substantial and that many of the companies handling the cases are working on a no win no fee basis, however I think it would make any mother reevaluate her choices when the threat seems so real – not that we can change those choices now.

One things for sure. I won’t be turning on the television again anytime soon!

Weigh in! Did you take medication during pregnancy that you worry could cause harm in later years?  Have you been affected by such claims?

Previous Post: « Today Only: Get Turtle Magazine for just $9.98 (for Preschool-aged Children)!
Next Post: The Children’s Place: Take an Additional 25% off Everything with Coupon Code (Includes Clearance)! »