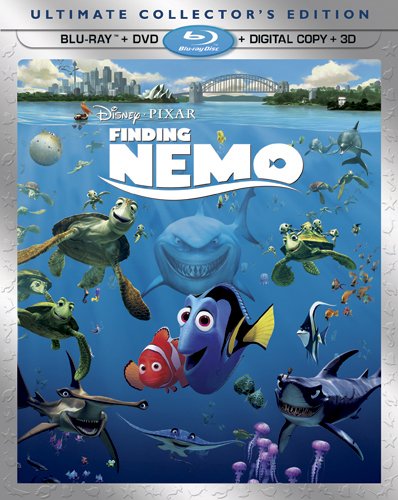 The people at Disney Pixar find inspiration everywhere. The director of Finding Nemo Andrew Stanton has said that he first thought of the idea for the movie when visiting Marine World in 1992. Further inspiration was found during a visit to the dentist’s office! He wanted to write a movie about a protective parent who found it difficult to let their child have any freedom. Out of these ideas the classic Disney Pixar movie Finding Nemo was created.

We all know that Disney Pixar movies look amazing. The world created for Finding Nemo in the original movie is breathtaking. I still remember the first time I saw the movie on the screen. At that time no one was quite as used to the stunningly real environments that Pixar creates as we have now come to expect.

Now we can marvel again at just how beautiful that world of Finding Nemo is. For the first time ever Finding Nemo will be available in high-definition Blu-ray, Blu-ray 3D and Digital platforms on December 4, 2012.

I have watched Finding Nemo more times that I can even remember. I last saw Finding Nemo in the theater in 3D on the Disney Pixar cruise back in September. It was truly spectacular. Finding Nemo is the second highest grossing Disney Pixar movie (Toy Story is the first) for good reason – it is a great story. Marlin (voiced by Albert Brooks) is desperate to find his son Nemo. Along the way he meets Dory (Ellen Degeneres) and they have many adventures before finally reaching their destination of 42 Wallaby Way Sydney.

has lots of extra features including “Finding Nemo – A Filmmakers’ Roundtable”. I always look forward to these special features on the Pixar DVDs. 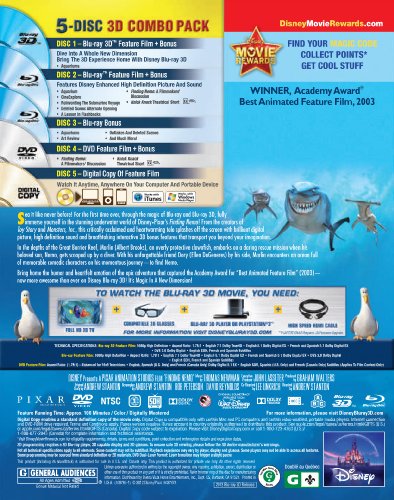 Also included is the John Lasseter short Knick Knack. It is a while since I have watched Knick Knack so I am definitely looking forward to that one. Really I would have loved it if the Disney Pixar Short Partysaurus Rex was included (it was shown with the movie in theaters) but it will also be good to see one of the classic John Lasseter Pixar shorts again.

The exciting news is that Andrew Stanton has signed on for a Finding Nemo 2. The rumors went around for years but this was finally confirmed by Stanton recently. Finding Nemo 2 is due for release in 2016.

But while we are all waiting for the sequel now is a great time to own this classic movie Finding Nemo 3D on DVD. If you don’t need the 3D version or the digital copy then the Finding Nemo (Three-Disc Collector’s Edition: Blu-ray/DVD in Blu-ray Packaging)