Win a Trip To Disneyland!

You are here: Home / Travel / Sweepstakes / Win a Trip To Disneyland! 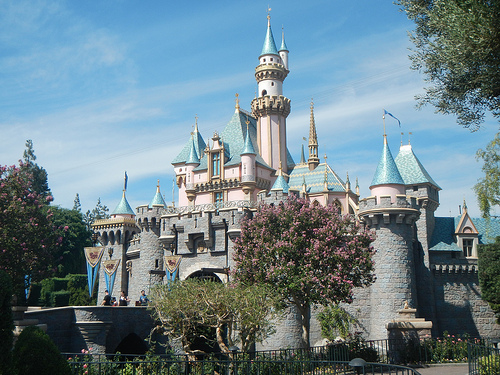 Want to win a Disneyland Vacation? Enter the Disney Wreck it Ralph giveaway to win a 6-day/5-night trip for 4 to Southern California.

Trip consists of: roundtrip coach air transportation to a Los Angeles airport; hotel accommodations during the Trip (one standard room/quad occupancy) consisting of 2 nights at the Lowes Hollywood Hotel & Spa in Hollywood, and 3 nights at Disney’s Grand Californian Hotel & Spa in Anaheim.

A completed registration earns entrant one (1) entry into the Sweepstakes. Once registered, an entrant can complete a selection of “missions” to earn “coins*”. Each mission will have a unique coin value. 500 coins earns entrant one (1) additional entry into the Sweepstakes. An entrant earns additional coins by completing “Missions” throughout the Promotion Period. Examples of Missions include but not limited to:

a. Watching a trailer of Wreck-It Ralph
b. Playing games on the Wreck-It Ralph official site.
c. Visiting a Disney-branded Facebook Timeline page and finding a code to enter into the online promotion.

Ends November 9, 2012, on or about 11:59:59 PM PT. This Promotion is only open to those who are 13 years of age or older who reside in the United States, (including the District of Columbia, excluding Puerto Rico.