You are here: Home / Travel / Sweepstakes / Win a Trip to Scotland with VisitScotland Inspired by Disney Pixar Brave 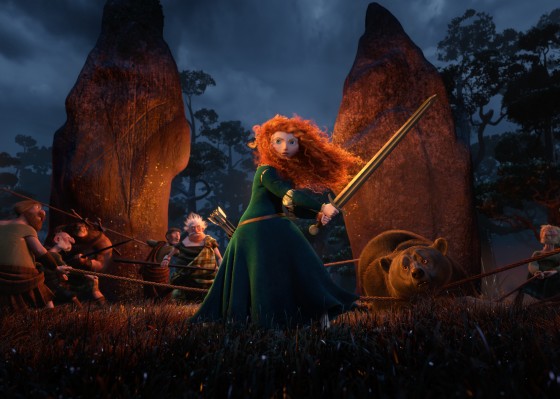 The art work and landscape of Disney Pixar’s Brave movie is breathtaking. It makes you feel as if you are really there with the characters. It may well inspire you to want to visit the beautiful land of Scotland. Now here is you chance to win a legendary trip to Scotland!

Go to Visit Scotland for all the details

As with all Disney Pixar movies the research started long before the movie started production. Two teams from Pixar went to visit Scotland and see the amazing landscape and castles, as well as to explore the history and legends of the land to find inspiration for Brave.

Now you have the chance to follow in their footsteps if you enter this fabulous sweepstakes!

One (1) winner will receive the prize. The prize comprises:

• Five-night break for a family of four people including: two night stay at The Balmoral Hotel on a bed and breakfast basis in two interconnecting deluxe rooms (sleeps four) on each night on the first and fifth nights of the prize excluding between the 14th September 2013 and 19th September 2013. Dinner comprising of a three course meal for four people from the seasonal or children’s menu in Hadrian’s Brasserie and soft drinks is also included for both nights
• After-hours tour of the National Museum of Scotland with a curator for four people
• One night stay at De Vere Cameron House on a dinner, bed and full Scottish breakfast basis in a loch view family room for four people (two adults and two children). Dinner will be from the three course seasonal menu or the children’s menu and can be taken in The
Cameron House Grill or The Boathouse a one hour cruise for four people on Loch Lomond
on the hotel’s cruiser is also included
• A VIP visit to Stirling Castle with your own private guide including a 30 minute archery lesson for four people at the Knight School and a two course lunch with non-alcoholic drinks for four people, served in Argyll’s lodging
• Self-catering accommodation at Brodie castle for two nights for four people
• One chartered private flight with Loch Lomond Sea Planes for four people
• A tour for four people of the Callanish Standing Stones
• A private chartered boat tour for four people on Jacobite Cruises to Loch Ness
• A guided tour and entry to Urquhart Castle for four people

Overseas winner and their travel companions will receive an economy class return flight to Scotland as agreed by VisitScotland.

The competition is international so open to US, Canadian and worldwide residents. It ends at 10:00 PM GMT on 1st March, 2013